A journey with The Who: I can see for miles, from Hammersmith to Wembley 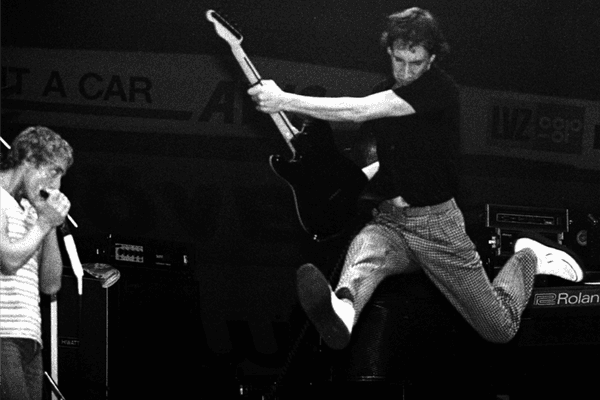 In a maternity room at Hammersmith Hospital, a baby let out a first muffled cry in his exhausted mother’s arms. Outside, the world was in crisis. It was March 1944, and Britain was only barely keeping her head above water.

Just as in business, no-one can predict with any certainty the path that awaits us. While the country emerged from WWII victorious, post-war Britain was harsh. Rationing and the standard of living were particularly hard for working-class families in bomb-scarred London.

But in this extraordinary environment, that baby thrived. He grew strong and turned into a brooding teenager. His name was Roger Harry Daltrey, a lad who showed early academic promise but was more interested in music.

He went on to form The Who, one of the world’s most successful and influential rock bands.

Last night, Daltrey, together with the legendary guitarist and songwriter Pete Townshend, the only other surviving band member after the deaths of Keith Moon (1978) and John Entwistle (2002), played Wembley Stadium.

It was no more than a few miles from Hammersmith Hospital.

I watched the gig in awe, having waited more than 40 years to see The Who live.

The band had only played Wembley twice before: in 1979 supported by AC/DC and The Stranglers, and at Live Aid in 1985.

I couldn’t stop thinking about Daltrey growing up just down the road, mucking about in the streets through which we drove to get to the concert.

For me, it brought an unexpected context to the occasion, showing what can be achieved with belief, hard work, raw talent and a good amount of luck.

If there’s a lesson for business, it’s that anything is possible. Extraordinary things can happen if you’re prepared to get your hands dirty.

As Daltrey told his adoring audience last night: “Our glamour is gone, our youth is gone but the music still sounds f*cking brilliant.”

From that night in 1944, when searchlights scoured the sky, to the dazzling lights of the Wembley stage, it’s been a remarkable 75-year journey.